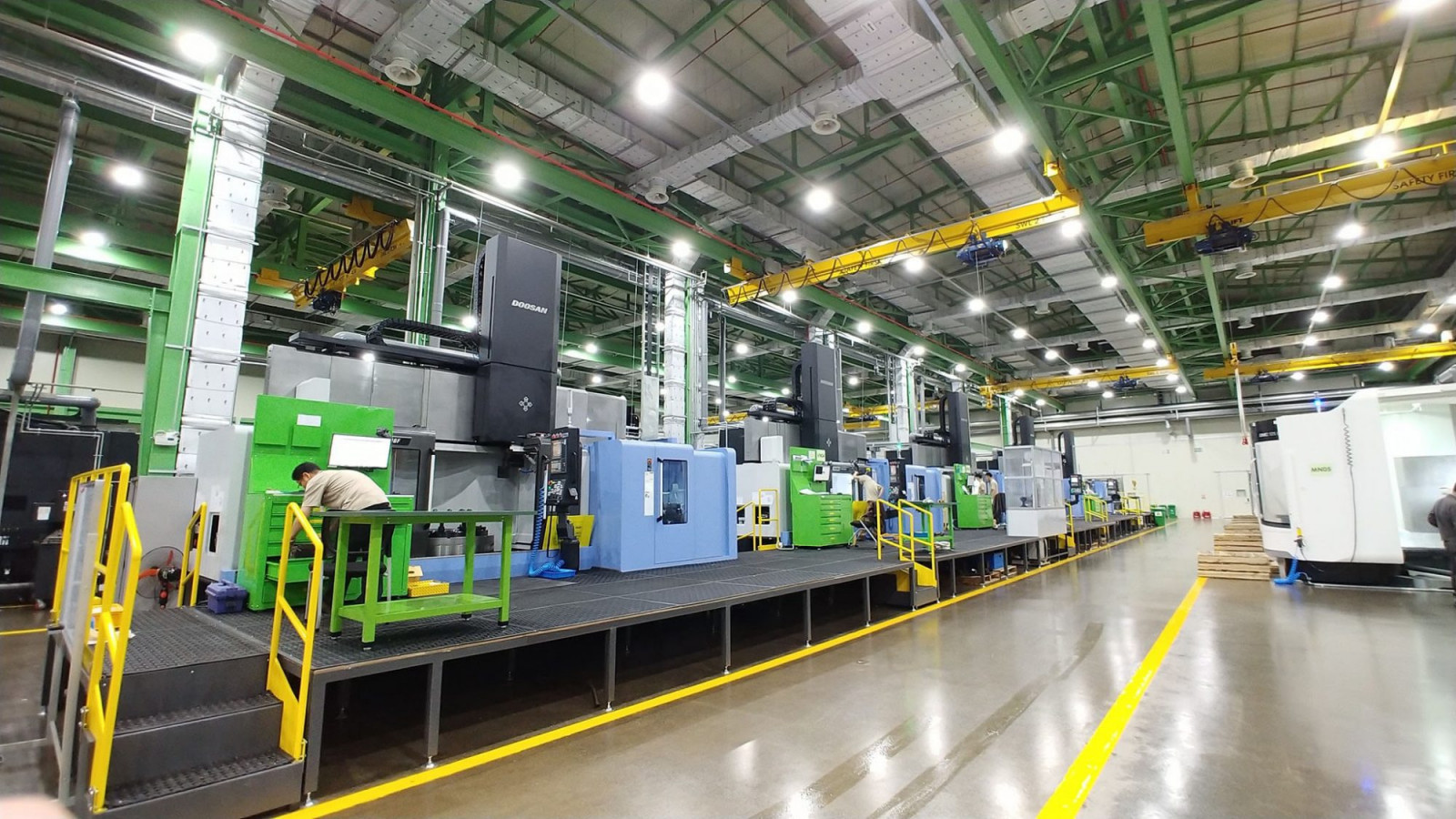 South Korean-based Hanwha Aerospace, part of the Hanwha Group, a Fortune Global 500 company, has announced that its plans are nearing completion to significantly ramp up production and supply of civil aircraft aero-engine parts (fans and compressors) to the global aerospace market through the creation of a new manufacturing facility in Vietnam.

The new factory, located near Hanoi, is substantial and, at 60,000㎡, is approximately eight times the size of a football pitch. Building works, which began in 2017, are expected to be completed by the end of 2018.

Once fully operational it is anticipated that Hanwha Aerospace will be able to increase sales turnover to $879 Million and lead the aero engine production industry by 2025.

To help the company achieve its ambitions it has invested heavily in a number of large-capacity Doosan vertical ram-type lathes (VTRs). By the end of January 2019 it is expected that 30 Doosan VTRs will have been installed at the new Vietnam factory, rising to 120 machines by 2024.

Doosan’s F-designated VTR machines have a fixed cross beam design, as opposed to a travelling cross beam design – and, as such, are particularly suited to the machining of smaller, shorter components such as aero-engine rings.

In addition both VTR models also have a wide column and box guideway design, and are equipped with powerful ram-type spindles (up to 45kW/400rpm) and large diameter cross taper roller bearings for heavy-duty machining operations.

“Hanwha Aerospace supplies aero-engine parts to GE, Pratt & Whitney and Rolls-Royce (to name but a few), and the sheer scale of this investment (120 machines in 5 years) is truly remarkable and demonstrates Doosan’s prowess in the aerospace sector.”